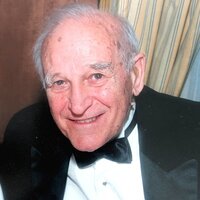 John Kenneth Prushko, 91, of Grand Isle, passed away on March 4, 2021, in Grand Isle, VT. He was the husband of Shirley (Campbell) Prushko.

John Prushko was born on October 2, 1929 in Wyoming, PA, to John J. Prushko and Frances Prushko. He was the sixth of their seven children.

Mr. Prushkograduated from Kingston Township High School, Dallas, Pennsylvania in 1947 and the College of Agriculture at the University of Vermont in 1957, with a major in agricultural economics and was a member of Alpha Zeta.It was at the 10 year reunion he met his wife. He had been the former owner of Sport and Power in Williston, Vermont where he was a franchised dealer for Harley Davidson and Mercury Marine. He retired from his business in 1986. He then spent his winters in Marco Island, Florida and his summers in Vermont.

John earned the rank of Staff Sergeant in the United States Air Force during the Korean War.

John is preceded in death by his father John Prushko, his mother Frances Prushko, his six siblings, and his two sons John M. Prushko and Joseph Prushko.

In accordance with John's wishes there will be no services.

To order memorial trees or send flowers to the family in memory of John Kenneth Prushko, please visit our flower store.