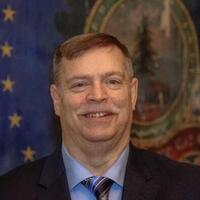 Milton, VT--John Eugene Palasik, 68, passed away peacefully November 15, 2022, at McLure Miller Respite House with his loving family by his side. John was born on February 5, 1954, in Schenectady, NY, the Son of Eugene Palasik and Marilyn (Taylor) Legnard. He married Mary Ann Howe on April 5, 1975 and they were married for 47 years and had 2 daughters, Jenilee & Laura. John was a Sergeant in the US Army as a Military Police Officer then worked for the Franklin County Sheriff's Office and the Vermont Army National Guard. John "JP" joined the Milton Police Department as a Patrol Officer working his way up the ranks to the position of Sergeant, being the first officer to retire from the Milton Police Department on February 1, 2015. He was a staple in the Milton community, working on Milton Rescue for 16 years, 15 years of those being the Chief. He was part of the Milton Selectboard from 2016-2021 and was a Justice of the Peace. John successfully ran for one of the two Milton seats in the Vermont Legislature in 2018, he was subsequently re-elected for another two year term by his community in 2020. John also owned Security One, LLC for 20 years. He is survived by his spouse Mary Ann; his children, Jenilee and husband Michael Freidhof of Milton, and Laura Palasik of Milton; his precious grandson Chase Freidhof; his sisters Linda Anderson of Oregon, and Amie Noel of Oregon; his brother-in-law David Howe of Milton, his sister-in-law Ellen Goehlert and husband Uwe Goehlert of South Burlington and all of his extended family. He is predeceased by his father, Eugene Palasik; mother, Marilyn Legnard; stepfather, Earl Legnard; brother, Edward Legnard; and sister Terri Dickhaut. The family would like to thank the staff at the McLure Miller Respite House for the exceptional care that John received in his last days. Special thanks to the Home Care and Home Hospice, staff on Baird 3 at the UVM Medical Center and to Abby at the Rehab Center. The family would also like to extend our gratitude to Don Turner Jr., Chief Stephen Laroche and the Milton Police Department for their compassionate support for John and his family during his final days. Visiting hours will be held on Friday, November 18, 2022, from 5-8 PM in the Minor Funeral Home in Milton. Father Feltz will begin a prayer service at 8PM. A Catholic Mass will be held on Saturday, November 19, 2022, at 11AM at St. Ann's Church, in Milton, a private burial will immediately follow. In lieu of flowers, please consider a donation to the Wounded Warriors Project or to a local charity of your choice.
To order memorial trees or send flowers to the family in memory of John Eugene Palasik "JP", please visit our flower store.