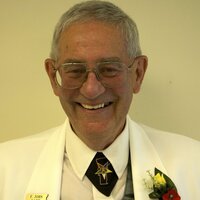 Francis John Lake of South Hero died Wednesday, April 10, 2019 at the McClure Miller Respite House surrounded by some of his loving family.

John was born in Salisbury, England, on March 15, 1943, the eldest son of Rev. William Reed Lake and his wife, Phyllis. The family moved to Jamaica, W.I., when John was about three years of age. They were a missionary family serving the area of Chapelton in Jamaica for about five years. His two brothers, Arthur of Grand Bend, Ontario, and Robert of Waterloo, Ontario, were born there. After a brief visit home to England the family moved to Lowville, Ontario, and later to Kincardine, Ontario. John graduated from Victoria College, University of Toronto, in 1964 and then followed his parents to Longueuil, Quebec, at which time he attended McGill University. After a short stint of teaching he joined the US Army in 1966, attending the Officer Candidate School. He spent a year in Vietnam with the 321st Transportation Company.

On his return from overseas, he met his future wife, Linda MacArthur. After being discharged from the Army in April of 1969, John took up residence in Burlington, VT. He and Linda were married on September 6, 1969, and moved to South Hero on September 12, residing in their small home on South Street. They raised five children here who have all gone on to have very interesting lives. After a few years of searching for just the right job, John was hired by IBM. He worked for them for many years, retiring in 2009.

One of John's passions has been to explore the fascinating history of South Hero. He was well known for his history walks which inevitably ended in the cemetery where he would tell stories of some of those buried there. He also enjoyed being a part of the Masonic fraternity and The Order of the Eastern Star, rising through the ranks to become Worthy Grand Patron of Vermont in 2015-2016. He was recently honored by the Most Worthy Grand Matron by becoming a General Grand Chapter Committee Member on Heart.

Services will be held at the Congregational Church of South Hero on Saturday April 20th at 2 p.m.

Visiting hours will be on Friday, April 19th, from 1 to 5 pm with an Eastern Star Memorial Service at 3:30 pm in the Minor Funeral Home, Route 7 in Milton.

In lieu of flowers, contributions in John's memory may be made to Food for Thought or Dismas House in care of the Congregational Church of South Hero, 24 South Street, South Hero, VT 05486.


To order memorial trees or send flowers to the family in memory of John Lake, please visit our flower store.