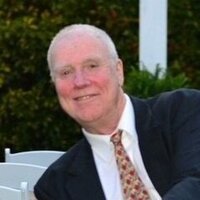 John was born in Bremerhaven, Germany on June 1, 1947, the son of Robert and Rose ( Fescher ) Davis.

He had worked as a mail handler for the U.S. Post Office for many years before retiring in 2004.

He was married to Kaydell ( Stewart ) Davis, who survives him as well as his daughter Erica Seymour and her husband Terence of McKinney, TX and grandchildren Kaylah, Savannah and Kailah; by his son Evan Davis and his wife Christina of Grand Isle and grandchildren Tr, Mason and baby Davis due in October. Also surviving is a sister Diane Henderson of San Diego, CA.

In keeping with John's wishes, there will be no visiting hours or funeral service at this time.


To order memorial trees or send flowers to the family in memory of John Robert Davis, please visit our flower store.