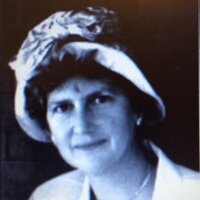 Joan was born on November 17, 1950 in Manhasset, New York, to Gertrude and Edwin J. Roulett, the fourth child in a family of six children, Mary, E.J., Sarah, Joan, John, and Anne. She loved her family deeply, caring for her mother in her last years of life. Joan graduated from Holy Child High School, in Old Westbury, New York, and earned her Bachelor's Degree in English from the College of New

Rochelle, in New Rochelle, New York. Following graduation, Joan worked in Manhattan for Newsweek as a Photograph Researcher where she was respected for her dedication and for her early artistic and creative flair which was necessary in that field.

New York. They moved to Vermont in the fall of 1971 and made their home in Milton. Joan was diagnosed with Lupus at a young age facing this disease with courage, grace and dignity for the remainder of her life. After her marriage ended, Joan made the decision to stay in Milton where she had many life-long friends and where she felt at home.

Joan was well known in the town of Milton. She owned and operated a successful business called Doughnaments and held a lifetime membership in the Vermont Handcrafters' Association as one of its founding members. She delivered flowers for the Milton Flower shop and meals for "Meals on Wheels". Most recently, Joan volunteered in art classes at the Milton Elementary School with the support and friendship of her dear friend, Ruby Thibault. Nothing made her happier than working with art and children.

To those who knew Joan well, she was filled with optimism, faith, and an enthusiasm for life. She will be remembered by her many friends as a person who was a lot of fun and who also knew how to make fun happen. Her parties, especially for Valentine's Day were memorable as well as her creative flair for the holidays. Joan had a keen sense of color and form and used this with kindness to brighten the lives of others. She was known for surprising friends with bouquets of flowers or showing up on their doorstep for an early cup of coffee! Joan found the good in others and was an advocate for those who faced challenges in their lives whether it was a friend in need, a child at school, or a pet with no home.

Joan had many people who were very special to her and she kept in touch with them to the very end. She loved them dearly and was extremely interested in each and every one of them. Elizabeth Page Calvert shared the following:

"My sister, Bridget, and I first met Joanie in the early 80's when I was twelve and Bridget was nine. I loved being with Joan because she was warm, cheerful, and interested in people. She would ask questions about all aspects of our lives and express sincere interest in our doings and encourage us in our interests. She would ask why. She would listen actively. She was not afraid to speak to a person she had never met before and would strike up conversations with strangers and make friends wherever she went. She had an enthusiasm for life and color and art of all kinds, but especially hand crafts. Every aspect of her life reflected her creativity and sense of fun; the way that she dressed and adorned herself, and decorated her home, the way that she spoke and interacted with others, the gifts she gave and their presentation. She was generous to a fault and her heart came and went from a place of compassion before judgement. She had come from privilege, but she was never a snob. She cared deeply for others regardless of social status, wealth or education. She saw the best in others and let her heart guide her."

Joan absolutely lived her life to the beat of her own drum. Nothing could be finer than a large ice tea from McDonald's with lemon and extra ice! She was unafraid to do the right thing or to do something unusual"there was no stopping her! In the last years of her life, she amazed everyone with her accepting attitude, her kindness, her sincere appreciation for even the smallest thing that one did for her as well as her unfailing strength to get through each day. She will be greatly missed by those who knew and loved her. During this time, Stephen Derouchie who became her caregiver and best friend, entered her life. He was there to help and care for her as life became more difficult. Friends and family would like to thank Dr. David Little for his his excellent care throughout her life as well as his concern and friendship for her.

We all love and miss her already--more than words can say, but take peace in knowing we will always have our own guardian angel to watch over us all.

Joan was predeceased by her parents, Edwin and Gertrude Roulett, and her sister, Sarah. She is survived by her sisters, Mary and Anne and by her two brothers, E. J. and John Roulett. She also is survived by several nieces and nephews.

At Joan's request, there will be no funeral service or visiting hours.


To order memorial trees or send flowers to the family in memory of Joan Ellen Endres, please visit our flower store.