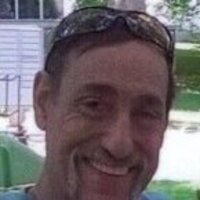 Jeff was born October 24, 1955 in Burlington and graduated from Essex High School. His love of tinkering and engines lead to a career as a boat mechanic and most recently as owner of Jeff's Boat Repair in Williston.

He was a caring, kind and talented man. Jeff believed in and lived the simple life, enjoying any time spent with family and friends. If Jeff wasn't working on boats, hunting or making game calls he would be talking about them. Jeff only had one greater love then those just mentioned and that was for his wife Wanda. She completed his world.

Besides his wife Wanda, Jeff is survived by his son, Brad and his wife Aubrey DePaul of San Tan, Arizona; His stepdaughters, Kimberly Bushey of St. Albans, Melissa Bushey of Essex and Mandy Bushey of Burlington; His grandchildren, Brandon, Sierra and Kristen DePaul of San Tan, Arizona and Kelsey and Jayden of St. Albans; His mother, Shirley DePaul of Essex; His brother Michael and his wife Candy DePaul of Milton; His father in law, Donald J. Bushey, Sr. of Colchester; His brother in law, Donald Bushey, Jr. and his wife, Mary Ellen Mendel of Colchester and several uncles, aunts, nieces, nephews and cousins. Jeff was predeceased by his father, Michael D. DePaul and his mother in law, Phyllis Bushey.

Jeff's family would like to thank Dr. Paul Unger and his staff as well as the staff at both the VNA and Hospice for the wonderful care that he received. A special thank you to Casey and Kathi as well.

A Celebration of Jeff's life will be held on Saturday, January 27th at 1 pm with visiting hours from1-3pm in the Williston Woods Activity Center in Williston where all are welcome to share memories of Jeff as well as wear "Camouflage" if one desires.


To order memorial trees or send flowers to the family in memory of Jeffrey Mark "Jeff" DePaul, please visit our flower store.