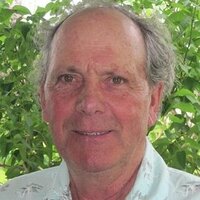 Fairfax,
Jean Paul Bouthillette, 72, Longtime resident of Fairfax, passed away unexpectedly Thursday, February 23, 2017 in Georgia.
Jean Paul was born November 4, 1944 in Racine, Quebec the son of the late Lopold and Marie-Claire Martin Bouthillette. Following school, Jean Paul continued to work on his parent's dairy farm on Route 104 in Fairfax, which he later purchased. On April 22, 1978 he married Louise Morin at St. Pius X Catholic Church in Essex Center. Together, they continued farming until his retirement in 2013.
A man who never sat still, following retirement he enjoyed woodworking, baking, maple sugaring, kayaking, and fishing with family and friends.
Jean Paul is survived by his wife Louise of Fairfax and their two children, Nicholas Bouthillette and his wife, Ashley of Hinesburg and Melaney Bouthillette and her husband, Michael Gulick of Newton, MA; his grandchildren, Gavin, Jack, Hannah and Chloe; his sisters and brothers, Gisele Hanson and husband, Donald of West Chazy, NY, Claudette Cerro and husband, Richard of Palm Beach Gardens, FL, Daniel Bouthillette and wife, Patricia of Fairfax, Lisette Raymond and husband, John of Kilmarnock, VA, Lucie Crosby and Steve Keith of Broad Cove, Nova Scotia, France Phillips and husband, Chuck of Westford, Line Bouthillette of Jupiter, FL, Norman Bouthillette and wife, Diesa of Wichita, KS and Guy Bouthillette of Denver, CO. He also leaves his mother-in-law Georgette Morin, his sister-in-law, Joanne Blodgett and husband, Ken of Jericho and his brother-in-law, Michael Morin and wife, Gina of Fuquay-Varina, NC as well as many nieces and nephews. He was predeceased by his two brothers, Reynald and Luke.
Visiting hours will be held on Friday, March 3, 2017 from 4 to 7 pm at the Minor Funeral Home in Milton with a Service of Remembrance at 7 pm.
Memorial contributions may be made to the LiveStrong Foundation www.livestrong.org

To order memorial trees or send flowers to the family in memory of Jean Paul Bouthillette, please visit our flower store.