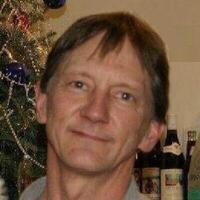 Jayme Robert passed away on December 17th, 2021 at the age of 59. Jayme was born on July 11th, 1962 in Burlington, Vermont. Jayme worked in the Automotive repair industry, specifically in glass repair. He was also known to be an avid golfer at the Essex Country Club where he was a member. Those who knew Jayme knew him to love his family first and foremost over everything. He was also often to be found outdoors, whether it be hunting, fishing or just enjoying his time out in the open. He is survived by: his siblings; Brenda and Sidney Smith of Milton, Brian and Terri Robert of Fairfax, Leo Robert of Essex, Penny Barrett and William Hinchliffe of South Burlington, Lee and Joseph Provost of Milton, Leslie Robert and Kenneth Nicklaw of South Burlington, his cherished nieces and nephews, and his stepchildren; Chrissy Bluto of New York and Michael Bluto of Essex. He is predeceased by his parents Leo and Marie Robert, and his brother Douglas Robert. A graveside service will be held by the family on June 11th, 2022, 1 PM at East Cemetery in Williston.
To order memorial trees or send flowers to the family in memory of Jayme Charles Roberts, please visit our flower store.