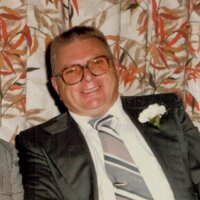 In his early years, Jim would deliver milk to the area creamery's from local farms. He loved working in the woods and cutting firewood and later became a logger, which he enjoyed most of his life.

He also loved watching "Westerns" and listening to the Grand Ole Opry. Most of all though, he loved telling old stories.

Surviving are his children Ed Gabaree of Swanton, Jennie Gingras of Fairfax, Lynn Blouin and her husband John of St. Albans and James Gabaree of Colchester. He is also survived by his grandchildren Renae, Michael, Chantel, Josh, Kyle and Tyler, his great grandchildren Austin, Dylan, Riley and Noah, and his sister Lorraine Pease of Huntington; by several nieces and nephews and special friends Christine Czarny & Dave Dewey.

He was predeceased by his daughter Debbie, mother of his children Rose and his second wife Rita. Brothers Jean & Stan.

Visiting hours will be held on Wednesday, June 22, 2016 from 4-7 pm in the Minor Funeral and Cremation Center in Milton.

A Funeral Service will be held on Thursday, June 23, 2016 at 10 am in the Minor Funeral Home. Burial will follow in St. Luke's Cemetery in Fairfax.

To order memorial trees or send flowers to the family in memory of James Orvis "Jim" Gabaree, please visit our flower store.