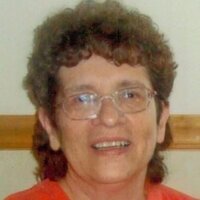 Ingrid Ann Rodd, 65 of St. Albans, passed away unexpectedly on Friday, July 14, 2017 at the Northwestern Medical Center in St. Albans.

Ingrid was born December 20, 1951 in Colchester, the daughter of the late Bernard Joseph and Marion Alice Bascom Greenia.

She had worked for several years as a Nurse at the St. Albans Health and Rehabilitation Center in St. Albans.

Ingrid is survived by her husband; Bill and their two children, Kimberly Rodd and her boyfriend, Tony and Jason Rodd and his wife Holly all of St. Albans. Her grandchildren; Kayla, Megan, Michael, Adriann and boyfriend, Nick and Ivy. She also leaves a great granddaughter, Karmyn. Her brothers and sisters; Joe Greenia and his wife, Diane of Mississippi, Mary Lou Vincelette and husband, Alan of St. Albans and Tommy Greenia and companion Eladio of Washington, DC. She was predeceased by her sisters, Bonnie Wasson and Denise Greenia and an infant brother, Frankie.

A graveside service will be held on Thursday, July 20th at 1 pm in the Hope Cemetery, Route 104 A in Georgia. A reception will immediately follow at the First Baptist Church in St. Albans.


To order memorial trees or send flowers to the family in memory of Ingrid Ann Rodd, please visit our flower store.