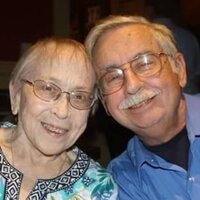 Homer George Griswold, 75 of Griswold Drive passed away peacefully, Wednesday, September 7, 2016 at the University of Vermont Medical Center in Burlington.
Homer was born February 27, 1941 in Wilmington, the son of the late Kenneth and Mildred Burns Griswold. Homer served his country with the US Navy during the Cuban Missile Crisis and Blockade. He went to work as a machinist with General Electric in Burlington where he took pride in his work in the production of the Gatling gun as a way of further protecting his country.
On July 10, 1968 Homer married Sandra Cleveland of Milton. She passed away on May 10, 2013. He was a member of the Masonic Order, Seneca Lodge # 40 in Milton as well as the Chittenden Chapter # 59, Order of the Eastern Star.
A loving husband to Sandy, father to their children, grandchildren and great grandchildren, he will be missed by all.
Homer is survived by his two sons, Corey Griswold and his wife, Mary of Milton and Robert Griswold also of Milton. His grandchildren, Tyler Anthony George, Kara Marie Dowling and her husband, Michael and Tomas John Griswold all of Milton. His great grandchildren, Aubrey Elizabeth Dowling and Isabella Marie Dowling. He leaves his brother, Ken Griswold of San Antonio, TX and two sisters, Claire Griswold and Betty Tippery both of St. Albans. His two sisters in law, Nancy Cloud and Sue Bainbridge and her husband, Charles, both of Massachusetts as well as several nieces, nephews and cousins.
A graveside committal service with Masonic and Military Honors will be held on Friday, September 16, 2016 at 10 am in the Georgia Plains Cemetery located on Stonebridge Road in Georgia.
Memorial Contributions may be made to the American Diabetes Remembrance Program, P.O. Box 11454, Alexandria, VA 22312

To order memorial trees or send flowers to the family in memory of Homer G. Griswold, please visit our flower store.