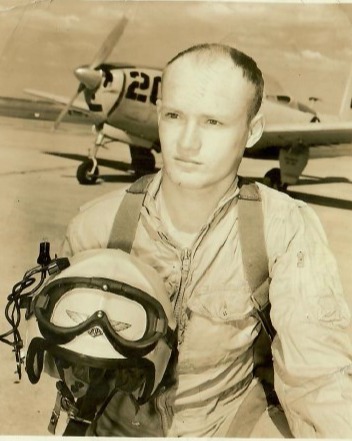 He was born and raised on a diary farm at the southern end of Lake Champlain. Following high school, he attended Union College in Schenectady, NY. During 1958, he entered Naval Flight Training at Pensacola, FL. He was commissioned in the U.S. Marine Corps and became a Naval Pilot in December of 1959.

Charlie, a now retired Marine and a veteran Vietnam helicopter pilot, saw numerous periods of overseas service. He was a presidential helicopter pilot serving President Lyndon B. Johnson in mid-1960s. During the early 1970s, he managed the Corps' multi-million dollar Expeditionary Airfields Program from Washington, D.C. In the mid-1970s, he was a Production Officer responsible for the overhaul and repair of helicopters and AV-8 Harriers in Cherry Point, NC. While at Cherry Point, he was promoted to Lt. Colonel and to the position of Management Services Officer heading up the Comptroller and Personnel functions of the facility (approx. 2,500 employees). In the late 1970s, he was Operations Officer and then Executive Officer of the Marine Corps' largest helicopter base located at the New River, NC. In the early 1980's he was the Assistant Deputy Director for the Marine Corps Museums and in charge of the Marine Corps Aviation Museum at Quantico, VA.

He is survived by: his wife Carolyn; his children, Herman Brown II, Baylon Brown, Eric Brown; his grandchildren, Ryan Brown and Nathan Brown; and his brother Neil Brown.

He is predeceased by his father, Frank Brown and mother, Vivian Brown.

A committal service at Vermont Veterans Memorial Cemetery in Randolph will take place later this Spring.