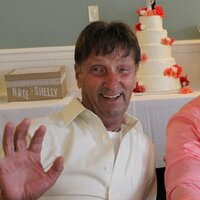 Gordie was born on March 5, 1947 at home in Milton, the son of Edward LaFountain Sr. and Gloria (Gordon) LaFountain.

He graduated from Milton High School in 1964 and shortly after was drafted in the US Army during Vietnam.

Gordie had worked for Agway for several years in St. Albans and Milton.
He also worked as a carpenter for many years.

Gordie though the world of his grandchildren, especially Emma, who was his own private nurse.

He was predeceased by his brothers Edward LaFountain Jr., Paul LaFountain and Carl LaFountain, and his dog Rusty, whom he thought the world of.

A family celebration of Gordie's life will be held in the spring.


To order memorial trees or send flowers to the family in memory of Gordon Joseph "Gordie" LaFountain, please visit our flower store.