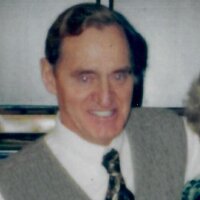 Gerard was born in Sorrell, Quebec on August 16, 1934 the son of Henri and Irene (Bellefleur) Gaboriau.

He immigrated to the states at the age of 17 and had worked in farming and carpentry.

He had retired form IBM following 13 years of service.

Gerard is survived by his beloved companion Edith Wells of Milton, his daughters Linda Gaboriau of Plattsburgh and Irene Gaboriau and her fianc Nikitas Limnos of So. Burlington, by his grandson Jesse Gaboriau and his fianc Jenell Tilley of Colchester, his brothers and sisters Andrew of Palm Coast, FL., Henriette Labelle of Quebec, Rejeanne of Montreal, Dollard and his wife Lise of St. Jean, Quebec, Joseph and his wife Estelle of Notre Dame de Stanbridge, and Jean Guy and his wife Carol of Palatka, Fl.

He was predeceased by his son Paul Gaboriau and his infant daughters Lisa and Louise, and his sisters Yvette and her husband Henry Seguin, Madeline, Margaret, Claire, Diane and husband Alfred Olivier, and Marie Jane, his brothers Bernard and his wife Rejeanne and Maurice.

Gerard's funeral service will be held on Friday November 20, 2020 at Noon at the Minor Funeral Home in Milton.

Friends may call on the family on Friday from 11-noon at the funeral home.
Burial will follow in the Holy Cross Cemetery in St. Albans.


To order memorial trees or send flowers to the family in memory of Gerard Joseph Gaboriau, please visit our flower store.