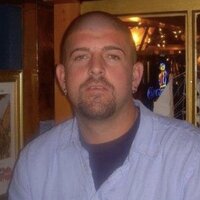 Gerard was born on September 3, 1974 in Burlington, VT, the son of Michael and Lorraine ( Moran ) Brault. Gerry graduated from BFA Fairfax in 1992 and worked for IBM in Essex Junction in the "Cribe" area as a test operator. He later started G&R Yard Service doing lawn maintenance and snow plowing.

He is survived by his son Gerard R. Brault-Montani Jr. of So. Hero., his daughter Margaret Dudek and her husband John of Voorheesville, NY, by his step children Lexi LaCross and her fianc Corey Begnoche of Colchester, Kayla Brouillette of Georgia, and Karlie Montani of So. Hero, by his longtime companion Jessica Brault of Fairfax, his grandchildren Nicholas, Bryleigh and Ila. He is also survived by his father Michael Brault and his wife Linda of Milton, by his father Richard Bosley Sr. of St. Albans, by his sister Michelle Cramer and her husband Thomas of Georgia, his brother David Armino and his wife Cheryl of Gastonia, NC, his sister Shelly Bosley and her fianc Rick Dion of Johnson, his sisters Lisa Shover & her fianc Darcy Putnam of St. Albans, and Corrine Rich of St. Albans, and his brother Joseph St. Amour and his wife Erin of Colchester and several nieces and nephews.

He was predeceased by his mother Lorraine Bosley, who welcomed him with open arms.

A Celebration of Gerry's life will be held on Wednesday November 15, 2017 from 4-7pm, with a time for sharing at 6pm, in the Minor Funeral and Cremation Center in Milton.


To order memorial trees or send flowers to the family in memory of Gerard R. Brault, please visit our flower store.