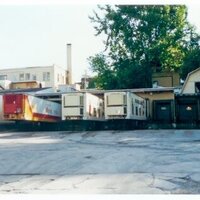 He worked hard all his life, beginning his 28 year career at HP Hoods in Burlington in the lowest ranking job and retired as Assistant Plant Manager. Following retirement, he started Boucher's Handyman Service doing lawn care and building maintenance and repairs for several years.

A passionate hunter and football fan, he spent many seasons looking for the "big one," both a buck and a superbowl, as the NYG was is team and Gary was fondly known in deer camp as the "lost hunter." In 2010, he moved to Blaine, TN.

He is survived by his children Lisa Boucher of Jeffersonville, VT and Patrick Boucher and his wife Candi of Strawberry Plains, TN by his grandchildren Joshua, Michael, Miranda, and Jason and his brothers and their wives, Roland (Nancy), Gaylord (Lois), Scott (Suzie), a special Brother-in-Law Lonnie Bushway and several several nieces and nephews.

Gary was predeceased by his sister Shirley Bushway and his brother Patrick Boucher.

He had several canine companions through the years which he treasured. Each one was the smartest dog ever. In lieu of flowers, donations can be made to the Franklin County Humane Society, 30 Sunset Meadows, St. Albans City, VT 05478 or Young & Williams Animal Center 3201 Division St. Knoxville, TN 37917, to help those pets who haven't found anyone to brag about them.

A Celebration of Gary's life will be held on Thursday October 13, 2016 at 1pm in the Minor Funeral and Cremation Center in Milton, VT.
Burial will follow in St. Ann's Cemetery.

To order memorial trees or send flowers to the family in memory of Gary Edwin Boucher, please visit our flower store.