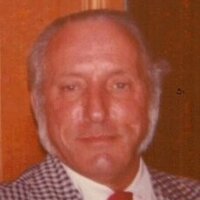 Fairfax - Frederick Edward Murray Jr., 88, died unexpectedly early Wednesday morning, March 29th, 2017 at his home.
Frederick was born on August 27th, 1928 in Jericho, the son of Fred Murray and Virginia (Bolduc) Murray.
He worked as a forman at the Drury Brickyard (later Densmore Brickyard) in Essex Junction for over 25 years and then for Swanton Limestone for over 20 years where he was a truck driver.
Frederick was married to Dolly Shambo who blessed him with three children and then Leona Larmay, who both predeceased him. He is survived by his daughter Darlene (Murray) Marrier and her husband Gary of Montgomery Center VT., his son Mike Murray and his wife Kathy of Fletcher VT., by his five stepchildren Robert, Dawn, William, Bruce and Karen Lefebvre, his grandchildren Vicky Gratton, Philip Russell, Chastity Marrier, Jesse Marrier, Michelle Morin, Joanne Russell, Frederick Murray IV, Hunter Murray and Chase Murray, 19 great grandchildren, 4 great great grandchildren, many step grandchildren, great grandchildren and great great grandchildren, many nieces and nephews.
Mr. Murray is also survived by his brothers Louis and Armand Murray, his sister Leona (Murray) Tanielian and brother in law Charles Tanielian and his longtime companion Geraldine Siple.
Frederick was predeceased by his son Frederick Murray III, his mother Virginia (Bolduc) Murray, father Fred Murray, his sister Elizabeth (Murray) Gokey, brother Levi Murray and brother in-law Stanley Gokey.
Frederick enjoyed spending time with his family and friends. Getting together for a bit to eat as he would say or for coffee and doughnuts on any morning that was his favorite. Where he would relive stories of earlier times at work before he retired, when he hunted with his father, brothers and later his children, fishing trips and camping with his travel trailer. He loved to talk about sugaring with his father at the family home in Westford. Using horses to pull them through the deep spring snows. Then returning for lunch and the smell of the doughnuts made by his mother.
For many years he and his second wife Leona went to Florida for the winter in their travel trailer. Where he would scout out flea markets to buy items for his return to Vermont in the spring to resell. He was very handy at making bird houses and feeders, bat houses, wishing wells and many other wooden lawn ornaments that he sold at yard sales and the harvest market in Underhill.
He was very proud of being a foreman at the brickyard and later a very large dump truck driver at the quarry. That love of being a truck driver carried over to the pickup trucks he owned over the years always joking that whatever brand he was driving was the best.
But the thing Frederick loved the most was spending time doing anything with his children, they were the light of his life.
Memorial contributions in Fred's name may be made to either the Fairfax Rescue P.O. Box 428, Fairfax, VT 05454 or to the American Heart Association,Vermont Affiliate,Inc., 434 Hurricane Lane,Williston, VT 05495.
Visiting hours will be held on Sunday April 2nd, 2017 from 3-6 pm at the Minor Funeral Home in Milton.
A Funeral Service will be held on Monday April 3rd, 2017 at 11:00 am in the United Church of Fairfax.
Burial will be in the Fairfax Plains Cemetery in the spring.

To order memorial trees or send flowers to the family in memory of Frederick E. Murray Jr., please visit our flower store.