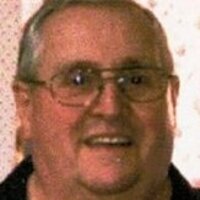 Milton, Francis Carl King, 82 of Milton, passed away peacefully in his home, Friday February 9, 2018, in Milton.

Francis was born August 6, 1935 in Burlington the son of the late Carl and Dorothy Cole King. He was married to Martha King who predeceased him in 1984. On April 19, 1986 he married Shirley Jennings in Milton.

Francis served in the United States Army, stationed for three years in Germany. Upon his return to Vermont, he worked for livestock dealers A.C. Hewey & P.H. Marshall. After working as a lineman for Western Union throughout the northeast, he worked first for S.B. Collins Inc., finally retiring after over twenty years driving truck for Champlain Oil Company.

A longtime member of the Eagle's Club in Milton, Francis enjoyed Snowmobiling and following NASCAR racing.

Francis is survived by his wife, Shirley of Milton; his children, Joe King and Siobhan Andrew of Colchester, Brenda Muir and her husband, Shawn of South Burlington and Peggy King also of South Burlington; his stepdaughters, Robin Jennings of Colchester and Cindy Jennings of Burlington; his grandson, Kevin Wood, his step grandchildren Megan Ward and Alex Doe; his sisters, Barbara King of Grand Bay, Alabama, Carlene Bruchs of Milton and his brother, John King of Rockville, MD; his in-laws, Virginia and George Morgan of Richmond, Lawrence Jennings of Richmond, Rita Parker of Colchester and Gary Jennings and his wife Brenda of Milton as well as several nieces, nephews and cousins.

Besides his first wife, Francis was predeceased by his father and mother- in-law, Sydney and Emma Jennings; his stepmother, Beryl King; his two sisters, Dorothy Perry and her husband Fletcher "Bud" and Shirley Bennett and his brother-in- laws, Richard Bruchs and George Parker.

As per Francis' wishes there will be no funeral service.

Memorial contributions may be made to the American Cancer Society, 55 Day Lane, Williston, VT 05495


To order memorial trees or send flowers to the family in memory of Francis Carl King, please visit our flower store.