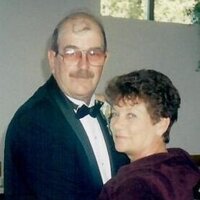 Francis was born on May 7, 1948 in Burlington, Vermont, the son of Lynn and Margaret (Vance) Jarvis. Francis was married March 4th, 1971 to Loretta Jane Underwood. They enjoyed over 47 years of marriage.

He had worked in the construction trades at Engelberth Construction for almost 30 years and at Omega Electric for 5 years.

Francis's family was his top priority, he was an excellent provider and enjoyed going to the beach with family and friends, to amusement parks and listening to Country and Western music.

He enjoyed fishing and hunting when he was younger and loved spending time with his family.

In addition to his wife Loretta Jarvis, of Milton, he is survived by his children, Carl White and his wife Arlene of Winooski, David White of Barre, Lori Buckbee and her husband Brian of Colchester, Francis "PJ" Jarvis Jr. and his wife Christine of Williston, Jennifer Jarvis of Milton and by his sister Cathy Gokey of Berlin. He is also survived by his grandchildren Heather, April, Ashley and David Jr., Ryan and Matthew, David and Francis III and Mercedes, his great grandchildren Hailey, Keegan, Cameron, Daniel and Seth, and several nieces and nephews. He was predeceased by two grandchildren Carla and Daniel.

Friends may call on Francis's family on Thursday, December 27, 2018 in the Minor Funeral and Cremation Center in Milton from 4 - 7pm with a funeral service held at 6:30 pm.


To order memorial trees or send flowers to the family in memory of Francis Gary Jarvis, please visit our flower store.