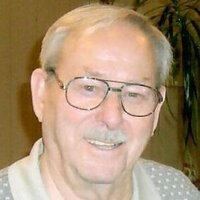 Everett was born on December 8, 1928 in Burlington, the son of Clifford and Beatrice (Wells) Shangraw.

Everett had proudly served during Vietnam in the US Navy and worked as a machinist at General Electric for many years.

He was married to Patricia Steady and was a member of the Milton United Congregational Church.

Everett was a season Lake Monster ticket holder, and loved all Boston teams and the New York Giants.

Everett was an officer with the VFW, and a member of the Masons and the Eastern Star.

He was an exceptionally good and very kind hearted person.

Due to COVID, there will be no services at this time.
To order memorial trees or send flowers to the family in memory of Everett Willis Shangraw, please visit our flower store.