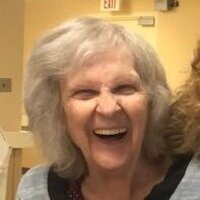 Emily Combs, 84, passed away with family by her side on April 7,2020, at the Burlington Health and Rehab Center where she had resided the past several years.

Emily Norris Combs was born in West Stewartstown, NH on March 25, 1936, daughter of Clark and Mertrude (Dennis) Norris. She married the father of her children, Edwin Combs in 1960.

Emily grew up in Colebrook, NH where her mother was a doctor and her father a sheriff. She graduated from Colebrook Academy followed by UVM with a teaching degree in 1958. She taught school in Schenectady, NY, Burlington, VT and Georgia, VT. After her first year of teaching in NY, she spent a year touring Europe with college friends. She raised her 4 children in Essex Junction before moving to Georgia, VT. After many years at home raising her family she returned to teaching part-time before going into banking. She returned to school and earned an accounting degree from Champlain College. After many years in the banking industry she also worked at York Capacitor up until she suffered an aneurysm.

Family and friends were her joy and she wanted nothing more than to see them together and happy. Emily enjoyed picnics, camping with family friends from Essex, fireworks, tinsel on the Christmas tree and making others happy. Emily loved hosting large family gatherings with her children and grandchildren in the Georgia house. Emily was known for her love of cooking and baking, especially for others. It made her happy to feed others. If you were in her house you were being offered something to eat. You couldn't stop by without having a fresh baked cookie or if you were very lucky, her homemade hot fudge sauce. Emily was fun loving and had a great sense of humor. You knew what she was thinking, particularly if she called you a horse's ass.

In 1997, because Vicki Combs was her advocate, Emily survived a life altering brain aneurysm. Against almost all odds she recovered but never to the point of being able to live on her own again. She spent her remaining years in nursing homes, always pleased to see her family whom she remembered and of course tried to feed a meal to during their visits. Her family would like to express their deepest thanks to Dr Margo Sproul who continued to care for Emily which was a comfort to her and the family through the years.

The family is also appreciative for the many dedicated staff at Burlington Health and Rehab who helped care for her, with special fondness for Connie C, Jim G, Patty, Naomi and others that we never got to know, and Nathalie from Bayada. We are forever grateful.

Burial in New Hampshire and memorial gathering to follow in the Burlington area at a later date.

To order memorial trees or send flowers to the family in memory of Emily Combs, please visit our flower store.