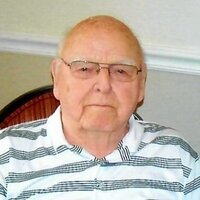 He had worked for Goodyear Rubber and Tire for many years, serving as the Union President until his retirement. He also worked for Lafayette Supply and for Walmart. While in Windsor, he served as a fireman and an EMT. Edwin hunted in his earlier years and liked to go camping.

He is survived by his children Lorraine Villemaire of Milton, Brian Sprague and his wife Carol of Hartland, Debra Sprague of Claremont, NH, Brenda Johnson and her husband Kenneth of Windsor, and by several grandchildren and great grandchildren. He was predeceased by his wife Merna Louise Sprague in 2013, his sister Shirley Gilchrist and his grandson James Labor Jr. in 2017.

Burial will be in the Mountain View Cemetery in Claremont at a later date.


To order memorial trees or send flowers to the family in memory of Edwin Reed Sprague Jr., please visit our flower store.