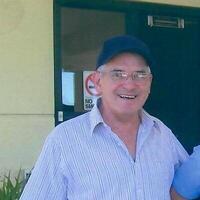 Milton--Edmond Joseph Berteau, 82, passed away December 14, 2021 at McLure Miller Respite House with his loving family by his side. Edmond was born on March 9, 1939 in Winooski, VT, the Son of Ephreme Berteau and Yvonne Berteau. He married the love of his life Claire Machia on June 16th, 1962. Edmond spent most of his professional life manufacturing tools at multiple establishments, as well as being a member of the Army National Guard. He is survived by: his wife Claire Berteau; his children, Denise (Dana) McKenna, of Milton, Vickie (Jimmy) Mayo, of Milton; his brother Lucien Berteau of South Burlington; his 4 grandchildren; his 5 great-grandchildren and his 2 great-great grandchildren. He is also survived by his sister in law Betty Parah of Swanton and brother in law Earl Machia of Sheldon and his many nieces and nephews. He is predeceased by his father, Ephreme Berteau, Sr.; mother, Yvonne Berteau; sister, Cecile Stratman; sister, Marguerite Davis; brother, Ephreme Berteau, Jr.; brother, Andrew Berteau; brother, George Berteau; sister, Gervais Peters Visiting hours will be held on Saturday, 18th of December, 2021, from 5:00 PM to 7:00 PM at the Minor Funeral Home in Milton, Vermont. A burial will take place later in Westford of Spring of 2022.
To order memorial trees or send flowers to the family in memory of Edmond Joseph Berteau, please visit our flower store.