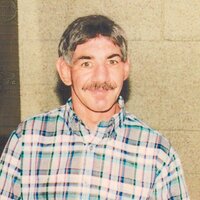 He had lived at the Brandon Training School until their closure, and has been lovingly cared for the last year of his life by

He is survived by his brothers Gerard and wife Joan Bergeron of Milton, Leo and Wife Betty Bergeron of IN, his sisters Helene Dolan and husband Peter of Fl., Ida Wood of Essex and Rita Lee and husband Robert of Canaan and by several nieces and nephews.

Edmond was predeceased by his parents, his brothers Andre, John and Conrad Bergeron and his sister Margaret Bergeron.

A Funeral Service will be held on Friday June 24, 2016 at 11 am with a time for reminiscing from 10 - 11am, in the Minor Funeral Home in Milton. Burial will follow in Resurrection Park Cemetery in So. Burlington.

To order memorial trees or send flowers to the family in memory of Edmond Origene Bergeron, please visit our flower store.