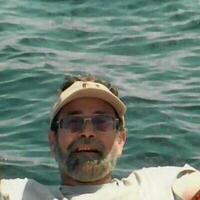 Burlington, VT--Douglas Paul Hollingsworth, 66, passed away on February 10, 20222 at University of Vermont Medical Center. Douglas was born on March 4, 1955 in Lancaster, MA, the Son of William Hollingsworth and Helen (Massey). He married Pamela Jean Racicot on September 20, 1975 in Acton, MA. His entire 66 years was spent doing good works. He loved Milton, his Milton Diner donated to everything kid, school, athletic, music and arts and more. He did this without hesitation and with a open heart. We can't begin to say all the names of the hundreds of kids he gave their first jobs to. I know of several in the class of 93 and the class of 94. Those who knew him know Doug, was a simple, self made man. He ran his business for 40 years and was faithful to my mother for 47.5. He helped anyone who asked without expectations of anything in return. I'm asking you now please show him some of what he gave our hometown for over 5 decades and show my mother he was loved and appreciated by more than us. I don't mean this lightly when I say my father had a strength of morale character you rarely see anymore. Family meant the most. Those of you who've been to our home know of the grandfather clock what you don't know is his father planted the tree that built that very clock when my grandmother was pregnant with him, together they cut that tree and created that everlasting time piece. That's the Douglas P Hollingsworth I hope you remember. "No shoulda coulda, woulda" "Just do the right thing" He is survived by: his spouse Pamela; his children, HarmonyJo (Michael) Daley, of Newport, William Hollingsworth Sr., of Milton; his grandchildren, Sarra, Sydney, Chris, Hailey, Dakoda, William Robert, Jr., and Sam; his great-grandchild, Autumn; his Siblings David Hollingsworth, of MA, Susan Robinson, of MA, Carol Lucas, of MA, Nancy Cooper -lovingly known as Holli- of MA. He is predeceased by his father, William Hollingsworth; mother, Helen Hollingsworth; brother, Richard Hollingsworth; brother, Gary Hollingsworth Visiting hours will be held on Tuesday February 15, 2022 from 5-7 in the Minor Funeral Home.
To order memorial trees or send flowers to the family in memory of Douglas Paul Hollingsworth, please visit our flower store.