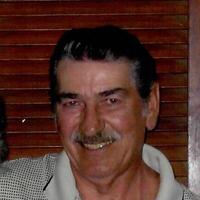 Milton, VT--Donald Patrick Wells, “Pat”, 73, passed away on June 23, 2021 at his home surrounded by his loving family. Pat was born on May 6, 1948 in Colchester, VT, and was a son of Edgar Wells and Dixie (Westman). He married Norma Cousineau Desilets on July 15, 1979 at St Ann Parish, Milton, VT. Pat was a skilled tradesman, having worked in landscaping and construction most of his life. He was mechanically inclined and could make almost anything run. He loved the outdoors, enjoyed gardening, hunting, fishing, bird and wildlife watching at their beautiful property. He was an Army Veteran, and served in Germany. He is survived by: his spouse Norma, his step children, David Desilets, of Milton and Marie Johnson and her husband Kenneth of Milton; his grandchildren, Chelsea Staples, Thomas Desilets and his wife Krista, Kasey Johnson, Christopher Johnson, Nicholas Johnson; his great-grandchildren, Raelyn Staples, Theo Lamore; his Siblings Jim Wells and girlfriend Rita, of Milton, John Wells and wife Brenda, of South Burlington. He is predeceased by his father, Edgar Wells; mother, Dixie Wells; sister, Margaret Blow; brother, George Wells; brother, David Wells; brother, Thomas Wells. Visiting hours will be held on Sunday June 27, 4-7PM in the Minor Funeral Home. Funeral will be held on Monday at 10 AM from the Funeral Home with a Funeral Mass in St Ann Church at 11AM. Burial to Follow in Mountain View Cemetery in Cambridge.
To order memorial trees or send flowers to the family in memory of Donald Pat Wells, please visit our flower store.