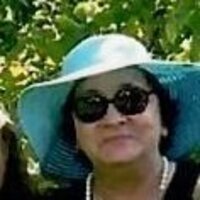 Georgia - DiAnne Lynn Rivers, 67, died unexpectedly on Wednesday May 1, 2019 at the Northwestern Medical Center surrounded by her loving family.

DiAnne was born on December 27, 1951 in Burlington, the daughter of Joseph and Pauline (Goodrow) Mazza Jr.

She is survived by her daughter Jeannie Langevin and her husband Allen of Champlain, NY and her son Aaron Rivers and his wife Kelly of St. Albans, by her mother Pauline Mazza, her grandchildren Jordan and fianc Jaden, Allyson, Ashley, Emily and friend Jared, Robert, Jenna and Jonathan, by her sisters Jo Mazza of Milton, Cathy Mazza and Cindy Heath, both of Georgia.

Burial will be private at the convenience of the family.


To order memorial trees or send flowers to the family in memory of DiAnne Lynn Rivers, please visit our flower store.