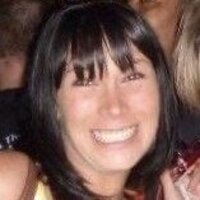 Hardwick - Diane Theresa Molleur, 33, died unexpectedly after losing her ongoing battle with addiction on January 19, 2020.
Diane was born in Lebanon, NH on August 1, 1986, the daughter of Jerry Molleur and Michelle Therrien. Diane graduated from Oxbow High School in Bradford, VT in 2004 and from the New England School of Hair Design in Lebanon, NH in 2007.
Diane never wanted to be defined by her addiction or her mistakes. Diane tried to hide the fact that she was fighting personal demons. She had a kind heart, beautiful smile and was friendly with everyone she met. She will be greatly missed...
Diane is survived by her father Jerry Molleur and his wife Janet of East Corinth, VT, her mother Michelle Stoll and her husband Charlie of Orford, NH, and her sisters Lynne King and her husband Brian of Georgia, VT, and Monica Therrien of Daytona, FL. She loved her nieces, Caitlyn, Felicia and Gabrielle King and Courtney, Erika and Alexis Waterman. She also has many aunts, uncles and cousins.
Diane was predeceased by her brother David Molleur.
A private service will be held in the spring at the convenience of the family.
For those who wish, online condolences may be made to www.minorfh.com
To order memorial trees or send flowers to the family in memory of Diane Theresa Molleur, please visit our flower store.