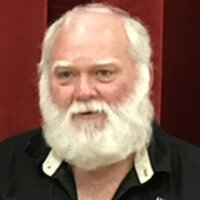 David Roland Clough, 71 of Essex, VT passed away unexpectedly on Tuesday, November 27 after a fulfilling morning of doing things he loved.

Dave was born March 6, 1947 in Littleton, NH, the eldest child of Wallace and Mary (Spencer) Clough. He graduated from Lisbon Regional High School. Dave served in the US Army during the Vietnam War and graduated from New Hampshire Technical College after his discharge. On October 25, 1975, he married Eva Curtis. They have four children.

Dave was a Telephone Engineer for many years and ultimately retired from Verizon in 1996. Over the past fifteen years he drove school bus for various districts. In his spare time, Dave did what he loved most; helping others and supporting the community. Dave was a Telephone Pioneer and a supporter of the Boy Scouts of America; serving as unofficial Quarter Master for Troop 635. He was a Board Member and past President of the Lake Groton West Shore Access Association. He was the President of the Saxon Hill Riders Snowmobile Club. He enjoyed grooming the trails as well as trail maintenance. He was a past Board Member of the Essex Community Historical Society and proudly served on the Essex School Board for 24 years.

Dave was an avid outboard motor collector and history buff. He spent his summers at his family camp in Groton, VT. He liked falling asleep to the sound of loons and would comment that there was nothing like waking up with the sun on his face. He ate a delicious meal every week with his dear friends at his favorite restaurant, the Center for Technology in the Culinary program. He bragged constantly that he ate better than most and saved his menus to prove it. Dave had a knack for making connections with people and was drawn to those who had a desire to learn and an open mind. If someone had a problem, as an engineer, he found a solution. He didn't want your money, just your time and attention. In return, he gave his great big heart. Wherever he went, if possible, he took his four faithful four legged companions, the little dogs.

As Dave got older, he took pride in watching his children grow and prosper and grandchildren's personalities emerge and evolve. He revered the lifestyle and principles of his youth and endeavored to instill morals in his grandchildren as his parents had in him. Dave loved to tell stories and use his knowledge to help other people. This summer, Dave's three grandsons learned to waterski. He was overjoyed to be the one towing all three of them at the same time on their first attempt skiing together. He teased his granddaughter constantly about her need to search for a dog with no legs because she would rather hold his dogs than let them walk for themselves. Dave loved teaching his grandsons how to weld after school at the welding shop and was always excited to show people the work that they had done.

Dave is survived by his wife of 43 years Eva, his children Felecia Abair and her husband Michael of Milford NH, Petrina Clough of Fort Fairfield ME, Brian Clough of Essex VT and Cassandra Clough of Essex VT, his grandchildren Jay and Jesse Clough and Stephen and Madelyn Abair, and his sister Lorna Fogg and her husband Alan of Leesburg FL, and many nieces, nephews, in-laws and countless dear friends. Dave is predeceased by his parents Wallace and Mary Clough; his grandchildren, Christhopher, Matthew and Morgan Abair and his brother Douglas.

Visiting Hours will be held on Saturday, December 1, 2018 from 4 to 6 pm at the Minor Funeral Home, Route 7 in Milton. A funeral service will be held at the Essex Grange on Route 15 in Essex Center on Sunday, December 2, 2018 at 2 pm.

Memorial Contributions may be made to the Culinary Department in Dad's/Dave's Memory at the Center for Technology, Essex, 2 Educational Drive, Essex Junction, VT 05452

As Dave would say "Behave yourself better than I do."


To order memorial trees or send flowers to the family in memory of David Roland Clough, please visit our flower store.