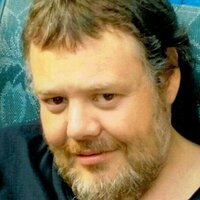 Daniel Jay Boivin38, was born on December 24, 1978 in Brownwood, Texas to Carl Marcellius Boivin and Donna Lee (Sweetser) Boivin. He passed away unexpectedly on Wednesday, December 13, 2017.

Danattended schools in Franklin, VT; Blanket, Texasand Milton, VT. Receiving his GED in 2003, Danwas disabled however he liked his former job as a cook forKFC.

A Celebration of Dan's Life will be held on Tuesday, December 19, 2017 from 4 to 7 pm where those present are encouraged to share memories of Dan in the Minor Funeral Home, Route 7, Milton, VT.

To order memorial trees or send flowers to the family in memory of Daniel Jay Boivin, please visit our flower store.