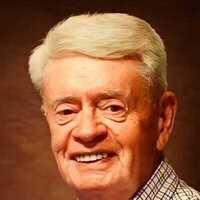 Essex, VT--Dale Samuel Logan, 80, formerly of Milton, passed away October 9, 2022, at Maple Ridge Memory Care. Dale was born on May 31, 1942, in Newport, VT, the Son of E.W. (Pete) Logan and Marion (Parker). He married Kaye Kinney who sadly passed away in 1989, and Dale later remarried the late Cheryl White. Dale was a soldier in the Army National guard and owned W.S. Mitchell Inc in Newport and then finished his working career in Middlebury working for Champlain Valley Equipment. Dale spent most of his working career in the Vermont Farming Community. He is survived by his son, Jeff, and his wife Lori Logan, Grandson Zack of Milton; daughter Jill Logan of Middlebury; and Grand Children Jason and Dorothy. Dale is predeceased by his parents E.W. and Marion (Parker) Logan, his former wife Kaye Kinney-Logan, and his wife Cheryl (White) Logan When Dale wasn't working, he was a coach for Newport Little League, Newport Minor Hockey and supported FONCH to help raise money for Ice time. Dale was also a member at Newport County Club and enjoyed going to camp with his friends during hunting season. Later in life you could find Dale at Zack's soccer games or spending time with his family. Dale was the original grill master and loved to sit down and play a game of cribbage anytime he could with friends and family. He will be missed by all!
To order memorial trees or send flowers to the family in memory of Dale Samuel Logan, please visit our flower store.