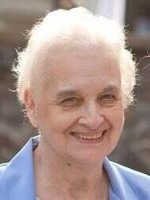 Georgia, VT-Cynthia Thebarge, 83, passed away peacefully at her home on December 13,2022. Sindi was born on March 16, 1939 in Canton, Maine, the daughter of Seldon Neil Dailey and Ruth Dailey (Brackett). She married the love of her life Wayne A.Thebarge Sr. in 1987 at their home in Colchester VT. Sindi owned and operated her own daycare, Sindi's Landing, for 30 years in Colchester. She cared for over 100 children and was beloved by them and their families. Sindi was very artsy and an avid reader. She had a love for country western music. Sindi was known for her great sense of humor and her amazing generosity. She is survived by: her husband of 35 years, Wayne Thebarge Sr; her daughter, Natasha Halverson (Nicolas) of Georgia, her three step children Crystal Hayes (Chris) of Andover, Michelle Piche (Jeff) of Fairfax, Wayne Thebarge Jr. of Westford, and and her son Joseph Daigle (Christine) of California; her 10 grandchildren; her 12 great-grandchildren; her sister Sherri Gaudin (Peter) of Florida; and her best friend Jackie Vienneau. She is predeceased by her parents, Seldon and Ruth (Brackett) Dailey; her brother Arnold Dailey; and her sister Joanne Ball. Her funeral service at Redeeming Grace Church in Georgia on January 6th at 3pm. In lieu of flowers donations may be made "in memory of Sindi Thebarge" to Camp Takumta https://www.takumta.org/
To order memorial trees in memory of Cynthia Mae Thebarge, please visit our tree store.