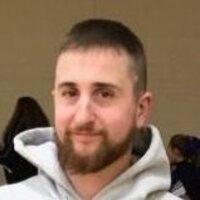 Essex Junction - Colin Matthew Loughlin, 35, died unexpectedly on Friday November 20, 2020 at his home in Essex Junction, due to medical complications. Colin was born on September 30, 1985 in Burlington, the son of Paul and Corinne (Rousseau) Loughlin. He graduated from Mt. Mansfield Union High School in 2003. Colin owned Loughlin Interiors LLC for many years doing drywall and carpentry work throughout Vermont; he was a very skilled woodworker. His greatest joy in life was spending time with his daughter, Lily. Colin lived life to the fullest, as exemplified by his lifelong interest in extreme sports like skateboarding, snowboarding and mountain biking. He enjoyed riding his motorcycle, target shooting, hiking, camping, four-wheeling and video gaming. He was a loving father to his daughter Lily Loughlin, and Lily's sister Zoe Buckel. Colin also leaves behind his mother Corinne Loughlin, his sister Emily Loughlin and her partner Bill Poderzay, sister Cathleen Loughlin and brother Liam Loughlin and his wife Mary Collett. He is survived by his aunts, Joan Rousseau (Don Messmer), Marie Meyer (Gordon), Susan Karlin (Martin), Barbara Fasulo, uncles Jay Rousseau (Jeanne), Paul Rousseau (Ellie), Thomas Rousseau, Robert Rousseau (Catherine) and many cousins. He was predeceased by his father Paul Loughlin in 2014.

Visiting hours will be held on Friday November 27, 2020 from 5-7pm at the Minor Funeral Home in Milton

In lieu of flowers, donations can made to Vermont Mountain Bike Association (VMBA) or Fellowship of the Wheel.
To leave an online obituary, please go to www.minorfh.com.
To order memorial trees or send flowers to the family in memory of Colin Matthew Loughlin, please visit our flower store.