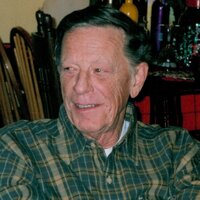 Obituary of Carl A. Koch

Milton - Carl A. Koch, 78, died peacefully late Friday evening, July 29, 2016 at his home, surrounded by his loving family members.
Carl was born on May 19, 1938 in Pittsburg, PA the son of Carl and Isabel ( Anker ) Koch.
Following graduation from high school, he enlisted in the U.S. Air Force, serving in Iceland.
He was married to Annette Potvin in 1958 and upon discharge from the Air Force, moved to Pittsburg, PA, where they lived for several years. They returned to Vermont in 1973, when he began his career with IBM.
Carl was very active in the Eagles Club in Milton and the American Legion in Colchester.
He is survived by his children and spouses Stephanie Koch of Fairfax, Carl P. Koch and wife Karen of Ventura, CA., Robert Koch and wife Patti Tursi of Colchester, Thomas Koch and his husband Peter Quesnel of Providence, R.I., his grandchildren Stephanette & husband David Schwartz of Easton, PA, Melissa, Christian and his wife Kimberly Smith, all of Fairfax, Jason and Peter Koch of Ventura, CA, his great grandchildren Anikka, Nathaniel, Violette, Vanessa, Vincent and Jameson, by his nephew Richard Koch and wife Christia of WA and their daughter Isabel and by several nieces and nephews and his former wife Annette.
Visiting hours will be held on Thursday August 11, 2016 from 4-7 pm in the Minor Funeral and Cremation Center in Milton.
A Funeral Service will be held on Friday, August 12, 2016 at 1:30 pm in the Minor Funeral and Cremation Center with burial following in St. Luke's Cemetery.

To order memorial trees or send flowers to the family in memory of Carl A. Koch, please visit our flower store.