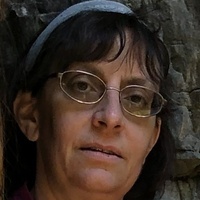 Fairfax, VT--Bridget Morgan, 57, passed away unexpectedly on October 2, 2022, at the University of Vermont Medical Center. Bridget was born on June 18, 1965, in Burlington, Vermont, the daughter of Elizabeth (McDonald) Morgan and the late Calvin Morgan. Bridget received her bachelor’s degree from Trinity College in Burlington, VT in 1983, and went on to receive her master’s degree in American History from George Washington University. Bridget was employed at the Smithsonian Museum in Washington DC. She was very fond of the Wizard of Oz and was very proud of her work curating Dorothy’s red ruby slippers while at the Smithsonian. After her time in DC, she came home and worked with her father in their family business in Fairfax, VT on 104 in the big red barn shop. Bridget and her father were well known for all the interesting items and deals to be found in their converted barn. People came from all over and year after year to visit and discover many new finds. Bridget was also very well known for the large collection of all types of books that she sold in their barn. Many a late Sunday afternoon, Bridget could be found with her father going to help out Library Book sales by gathering all the books that they had left over and finding homes for them. Bridget was a very devout Catholic and was a Eucharistic Minister both at St. Ann’s in Milton and St. Luke’s in Fairfax for many years. Bridget is survived by her son Casey and his wife Brooke Allaway of Winooski;, VT, her grandchildren Maggie, Lily and Rosemary who will arrive in two weeks. She is also survived by her siblings Robert and his wife Susan Morgan of Arnold MD, Brian K Morgan of Georgia VT, and Adam Morgan of Georgia VT; her three nieces: Bethany Morgan, Jenna Morgan, Jessica Landis and her daughter Scarlett, and three nephews: Nick Morgan, Charlie Morgan and Anthony Morgan. She is predeceased by her father, Calvin, niece Ashley White, and nephew Timothee Morgan. Bridget also leaves two lifelong friends, Wendy Priestly and Stephanie Gagnon. Visiting hours will be held on Friday, October 7, from 5-7 pm at the Minor Funeral Home in Milton. A Funeral Mass will be held on Saturday, October 8 at 10am at St. Luke’s in Fairfax, followed by a committal service at St. Ann Cemetery in Milton. Donations can be made in Bridget’s name to the Franklin County Humane Society.
To order memorial trees or send flowers to the family in memory of Bridget Morgan, please visit our flower store.