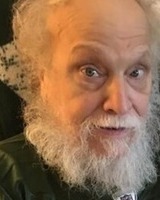 Georgia, VT--Brian Rogers Sr, 62, passed away October 3, 2022 at his residence. Brian was born on June 12, 1960 in Glenn Ridge, NJ, the son of Robert and Sylvia (Marshall) Rogers. He graduated from Milton High School in 1979 and was a hydro inspector for Velan Valve for most of his working life. Brian married Mardi LaFountaine on May 17, 1986 at United Church of Milton, VT. Brian was a die hard NY Jets fan, and had a love for racing from Nascar to working on race cars most of his life, to being the crew chief for his son Brian and leading him to a championship win at Airborne in Plattsburgh NY. He enjoyed camping and had a passion for working to rebuild his Chevy Nova. He is survived by his wife Mardi Rogers; his son Brian Rogers Jr and companion Kim of Georgia, daughter Heather "Fudder" Rogers of Colchester; sister-in-law Kristie Russell; brother-in-law Glenford McAllister; and his two special cats Zeus & Apollo. He is predeceased by his parents Robert and Sylvia Rogers, and his sister Debra McAllister. Visiting hours will be held on Sunday, October 9 from 1 to 3 pm at the Minor Funeral Home in Milton. In lieu of flowers, please consider making a donation to The American Cancer Society
To order memorial trees or send flowers to the family in memory of Brian Rogers Sr, please visit our flower store.