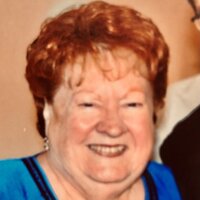 Milton - Brenda Ann Viau, 79 passed away peacefully in her sleep Sunday January 24th, 2021 at her home in Milton.

Brenda was born May 10th, 1941, to the late Charles A. and Bernadette D. Centabar, she was the second of their four children of Burlington, Vermont.

Brenda married the love of her life James J. Viau on October, 24th, 1964. Last October they had celebrated 57 years of marriage together.

Brenda was a member of the telephone pioneers, where she began her career in customer service, working for several local telephone companies working on switchboards, before being a customer service manager at a local mail order company prior to retiring early to care for her mother. In this accumulated time she became a supervisor with the phone service companies.

She had tenacious spirit and could always see the positives of any situation. She was loved by her family and her many friends she made over the years, and will be missed dearly by all.

Brenda is survived by her husband James of 57 years, her son David and his wife Christine of Georgia, as well as her brother Richard Centabar of Phoenix, Arizona, her sisters Beverly (Walt) Keating, of Williston, Madeline (Mark) Desrosiers of Wake Forest, North Carolina. As well as several nieces and nephews, including her godchild Holly McKnight, and her special furry friend Laney.

In lieu of flowers, charities may be made in one's choice in memory of Brenda.

Funeral arrangements, and final wishes for Brenda, are in the care Minor Funeral Home. For those who wish, online condolences may be made at [email protected]
To order memorial trees or send flowers to the family in memory of Brenda Ann Viau, please visit our flower store.