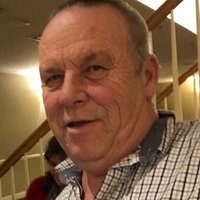 Milton - Bradley Gibbs Rand, 63, died peacefully on Wednesday, May 6, 2020 at the University of Vermont Medical Center in Burlington.
Bradley was born on November 12, 1956 in Beverly, Massachusetts, the son of James Rand Jr. and Marjorie (Gibbs) Rand.
He grew up in Ipswich and moved to Virginia to work for IBM, eventually moving to Vermont with IBM/Global Foundries.
He enjoyed being home with his family, mowing his lawn, taking care of his pool, he loved cooking and cooking shows, his scratch tickets and the casino, going to the Eagles Club for a drink and was very selfless, always thinking of others and always smiling.
Brad is survived by his daughters Jennifer Rand and her husband Benjamin Nappi of Milton, Alicia McMahon and her husband Jamie of Cambridge, and by his son James Rand of Milton. He is also survived by his daughter-in-law April Rand-Johnson of Milton, his grandchildren Kassidy McMahon, and Austin, Kayden, Haylee and Patrick Rand, his sister Holly Doyon and her husband John of Ipswich, MA., his brothers Dean Rand and his wife Megan of Alaska and Chris Rand of Beverly, MA. and his four legged buddies Griffin and Phoenix.
Following Brad's wishes, there will be no services.
Online condolences may be made to www.minorfh.com

To order memorial trees or send flowers to the family in memory of Bradley Gibbs Rand, please visit our flower store.