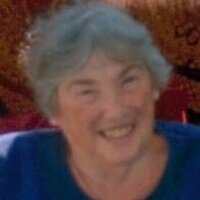 Georgia, VT
Bonnielee N. Kranz, 74 of Georgia, passed away unexpectedly, Sunday morning, January 1, 2017 at her home in Georgia.
Bonnie was born January 21, 1942 in Williamsport, PA the daughter of the late James and Rhea Shick Hamilton.
She first found employment as a Legal Secretary for a local attorney in Williamsport. It was during this time she met her future husband, Lloyd Kranz and on September 14, 1963 they were married at the Annunciation Roman Catholic Church in Williamsport. She then was employed as a Medical Secretary for the Firm of Dr's Costello and Warbeck in Williamsport. Once she and Lloyd began having children she became a stay at home mother where she loved to care for her children. They moved from Pennsylvania to Vermont in January of 1965, first to a home in Burlington and as the family grew moving to two locations in South Burlington and in May of 2013 they moved to their present home on Plains Road in Georgia. She enjoyed sewing for her children and grandchildren. One who loved to cook and can what was grown in their garden, Bonnie enjoyed camping with her family, reading and volunteering whenever anyone needed help. She will be greatly missed.
She is survived by her loving husband of 53 years, Lloyd of Georgia and their 7 children; Theresa Dieringer and her husband, Jon of Georgia and their 5 children; Cecilia Kranz of Harrisburg, PA; Tim Kranz of Milton and his 2 children; Christopher Kranz and his wife, Elizabeth of Essex and their 4 children; Steven Kranz of Essex; Josef Kranz and his wife, Eva of Georgia and their 8 children and Peter Kranz of Colchester. 19 grandchildren; Hannah, Ben, Matt, Dan and Andrew; Nicholas and Acacia; Luke, Shelby, Gabrielle and Isaac; Joshua, Emily, Josef, Abby, Anna, Catherine, Cecilia and Theresa. 2 sisters in law; Joyce Hamilton of Montoursville, PA and AnneMarie Ziegler of Allenwood, PA. 2 brothers in law; Robert Kranz and his wife, Mary and David Kranz and his wife, Susan both of Williamsport, PA and sevral nieces, nephews and extended family. She was predeceased by her brother, James Hamilton.
A Mass of Christian Burial will be celebrated on Friday, January 6, 2017 at 11:30 am in Ascension Catholic Church, located on Ethan Allen Highway in Georgia with Fr. Henry Furman celebrant. As per family wishes, there will be no visiting hours.
Burial will be held on Tuesday, January 10, 2017 at 1 pm in Resurrection Cemetery in Montoursville, PA
Memorial Contributions may be made to The Ascension Parish Funeral Luncheon Fund, c/o Fr. Henry Furman, P.O. Box 7, Fairfax, VT 05454

To order memorial trees or send flowers to the family in memory of Bonnielee N. Kranz, please visit our flower store.