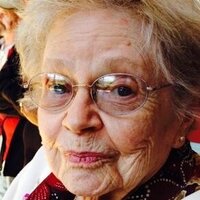 Barbara Ann Mills-Preston, 91, formerly of Georgia, passed away peacefully in the presence of her loving family on Thursday, November 30, 2017 in the Franklin County Rehabilitation Center in St. Albans.

Barbara was born May 6, 1926 in Swanton, the daughter of the late Orrin and Lila Austin Bliss. She graduated from Burlington Business College with a business degree and went to work for the Prudential Insurance Company for over 30 years retiring in 1983. On June 18, 1955 she married Doran Mills in Swanton who passed away in October 1974. She later married Maurice Preston in June 1999 who passed away in June 2000.

Barbara enjoyed knitting, crocheting and cooking. She belonged to the Georgia Plain Baptist Church, Chittenden Chapter # 59 Order of the Eastern Star, serving as Secretary and Worthy Matron. Active in her community, Barbara held membership with the Georgia Historical Society and was member and past secretary of the Miltonboro Cemetery Association. But first and foremost, she was very proud of her children, grandchildren and great-grandchildren and all their accomplishments. She will be missed by all who knew her.

She is survived by her two sons; Orrin Mills and his wife, Irene of Springfield, VA and Ainsworth Mills and his wife, Teresa of Chandler , AZ; her grandchildren, Thomas Mills, Ambre Hayes, Jacqueline Benitez and Paul Nakata; her five great grandchildren and her two nieces, Donna-Lyn Mears and Sue-Ellen Miller both of VA. Beside her husbands, Barbara was predeceased by her grandson, Adam Nakata in December 2014.

An Eastern Star Service will be held on Saturday, December 2, 2017 at 10:30 am followed by a funeral service at 11 am with Pastor Tyler Smith officiating in the Minor Funeral Home, Route 7 in Milton. Burial will be in the spring in the Miltonboro Cemetery.


To order memorial trees or send flowers to the family in memory of Barbara Ann Mills-Preston, please visit our flower store.