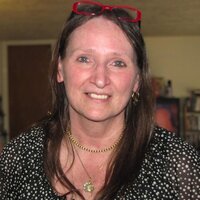 Milton - Anne Marie Adams, 62 died Tuesday October 6, 2020 at her home in Milton.
Anne was born in Burlington on January 15, 1958, the daughter of Armand and Mary (Lahue) Turner.
She graduated from Milton High School in 1976.
Anne enjoyed arts and crafts, antiquing and finding a good sale. She was also a member of the Eastern Star.
She especially loved her children and grandchildren.
She married John Adams on September 28, 1985. They were married 18 years and had four children surviving her. Michael Adams of Ct., Matthew Adams of Milton, Lindsey Adams of Colchester and Abigail Adams of Colchester. She is also survived by her grandchildren Skylar, Noah, Elijah and Mary, by her former husband John Adams of So. Burlington, her sisters Gail Raftery and husband Tom of Milton, Pricilla Abbott and her husband Matt of Cambridge, Theresa Bredin and husband Mark of North Carolina and her brother Armand Turner and his wife Bonnie of Milton and by several nieces, nephews and cousins.
Visiting hours will be held on Monday October 12, 2020 from 4-7pm at the Minor Funeral Home in Milton. Burial will be in the Milton Village Cemetery at a later date.
Online condolences may be made to www.minorfh.com


To order memorial trees or send flowers to the family in memory of Anne Marie Adams, please visit our flower store.