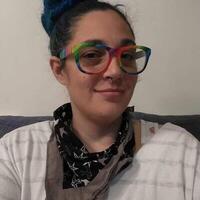 Colchester-Angela Jeanne Schmehl, 44 of Burlington, passed away on June 20, 2022. Angela was born on April 10, 1978 in Burlington, Vermont as the daughter of Daniel Hutchinson Jr. and Marie (Gomez) Prescott. Angela spent a lot of her working life as a cook in restaurants and was most recently working on becoming a recovery support coach. She was an incredibly resilient woman who overcame so many of the obstacles that life threw at her. Her big heart and love for the community was shown in a number of ways, including cooking for the homeless shelters. Some of Angela's happiest moments were spent with her partner Edwin "Tommy" Sizemore, outside camping together with their beloved dog Odie. Her greatest joy was being a mother and loved her children endlessly. She will be dearly missed by her friends and family who love her immensely. She is survived by: her partner; Edwin "Tommy" Sizemore, her son James Schmehl and his father Jeff Schmehl. Her parents; Daniel Hutchinson Jr., of Burlington and Marie (David) Prescott of Grand Isle. Her siblings; Katie (Dwayne) Charbonneau Ballard of Essex and Zach Hutchinson of Salt Lake City, Utah. Her grandfather; Ramon Gomez of Grand Isle. And her nieces and nephews; Zoey, Peyton, Noah, Avery, Serenity and Kenna. Angela is reunited in Heaven with her baby boy Ronin Allister Schmehl. As well as her grandparents; Joyce Gomez, and Daniel and Jeanne Hutchinson. Visiting hours will be held at Minor Funeral Home on Sunday, June 26th 2022 from 2:00pm to 4:00pm with a short memorial service to follow. There will also be a consolation gathering immediately after, the location of which will be announced after the completion of the service. A committal service will be held the next day on Monday, June 27th 2022 at East Cemetery beginning at 1:00pm. For those who wish, donations can be made to charities supporting 'Twin to Twin Transfusion Syndrome' research and Turning Point of Chittenden County.
To order memorial trees or send flowers to the family in memory of Angela Jeanne Schmehl, please visit our flower store.