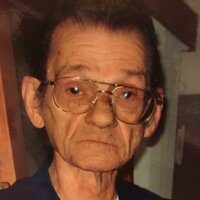 Allen served in the U.S. Air Force and had worked at IBM for over 25 years before retiring.

He was very social and enjoyed dancing and listening to music at the seniors center. He was an avid NASCAR and Red Sox fan and like to tinker on things. He also loved spending time with his fianc Nancy Turner, his family and family barbecues.

Allen is survived by his fianc Nancy Turner of Milton, by his children Jim Francis and partner Donna Weston of Essex, Pat Francis and partner Heather Cavett of Johnson, Steve Francis and his wife Heidi of Milton and Scott Francis and his wife Nicole of Wisconsin, by his grandchildren Chad (Christie), Kevin (Desiree), Patrick II. (Melinda), Jennifer, Trevor, Mark, Mickey, Alexander, Ashleigh, Kallie and Taylor, many great grandchildren, his sister Audrey Rice of Louisiana, and by several nieces and nephews.

He was predeceased by his daughter Christine Gordon in 2016, his brothers Jake and Lance Francis and his sister Beverly Poole.

A Memorial Service will be held on Saturday, September 15, 2018 at Noon in the Minor Funeral and Cremation Center in Milton. Friends may call on the family on Saturday morning from 10-noon in the Funeral Home.


To order memorial trees or send flowers to the family in memory of Allen Paul Francis, please visit our flower store.