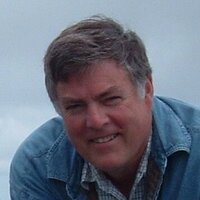 Milton - Alan H. Rogers, 70, died surrounded by his loving family on late Thursday evening, August 1, at the UVM Medical Center after a long battle with cancer.

Alan was born in Burlington on January 11, 1949, the son of Burton and Barbara (Hall) Rogers. He was raised in Westford on the family farm, where he learned to fix machinery, weld, and command tasks of everyday farming. He graduated from Essex High School and Johnson State College, majoring in Education. On May 30, 1970, he married the love of his life, Betty Willey, with whom he was married for 49 years. Alan taught school for 10 years at the Essex Middle School in Essex Center. Then, in 1980, he began working for the Farm Service Agency, from which he retired in 2011. In retirement, Alan worked as a doorkeeper for the Vermont State Legislature, a job which was to be his favorite.

Alan enjoyed coin collecting, fishing, and working with tools on home projects. One of his favorite accomplishments was traveling with Betty to all 50 states.

Alan was thoughtful, wise, and integrous, and he had a keen ability to analyze problems and yield productive solutions.When asked about his favorite things in life, Alan responded, "going to church" and "dining out".

In addition to his loving wife Betty, Alan is survived by his sons Jeffrey and his wife Kristine of Canastota, NY, and Steven and his wife Christina of Santa Barbara, CA. Alan has six grandchildren: Drew, Zachary, Jacob, Bethany, Mark, and Arianna. He is also survived by his brother Glenn Rogers and his wife Martha of Essex Jct., as well as his cousins. Alan was predeceased by his sister Elaine.

The family would like to extend special thanks to Amy Fox, APRN, and Dr. Diane Rippa for transcending expectations in their care for Alan. In lieu of flowers, donations in Alan's memory may be made to Samaritan's Purse, P.O. Box 3000, Boone, NC 28607 or by using the link https://www.samaritanspurse.org/memorial-page/alan-rogers-milton-vt

Visiting hours will be held on Monday, August 5, from 5-7 pm at the Minor Funeral and Cremation Center in Milton. A funeral service will be held on Tuesday, August 6, at 10 am at the Essex Alliance Church in Essex, with a reception following the service. The burial will be at the Mountain View Cemetery in Essex Center after the reception.

To order memorial trees or send flowers to the family in memory of Alan H. Rogers, please visit our flower store.