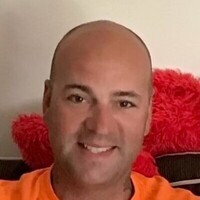 Colchester, VT-Adam Scott Bilodeau Sr., 41, passed unexpectedly on April 4, 2021 Adam was born on December 10, 1979 in Burlington, VT, the son of John Bilodeau and Lori (Julian) Bilodeau. Adam was a Welder all of his life. He had worked for several companies, each time moving up the ladder and increasing his demand for his skill set. To those who knew him, knew of his love for his children and his family. In his love for his children, it became apparent he was a skilled statistician for his son, Adam JR., and Adam's basketball career which began with a game of P.I.G as a little boy. He shared a bond like no other with his son while always reminding him to STAT: Stand Tall AND Talented!! Adam enjoyed watching Caroline in gymnastics and horseback riding, they were always on the go looking for the next “BIG” adventure. He may not have been the best at brushing hair but he could give the best pushes on the swings. Tucking her into bed at night with “Sleep good and Happy nightmares!” While he was Jr.'s and Caroline’s biggest fan, that's not to take away Adam's love of fishing, the Celtics, the Braves, and former New England Patriot and current Tampa Bay Buccaneer quarterback, Tom Brady. He is survived by: his children, Adam Scott Bilodeau, Jr and his mother Brandy Mitchell of Fletcher, Caroline Marie Bilodeau and her mother Elizabeth Bombard of Colchester; his parents; John and Lori Bilodeau of Colchester; his sister Wendy McGale and her husband Justin of Old Saybrook, CT, and his nephews Devinn, and Casey; and many family and friends. His memorial visitation will be held on Friday, April 16, 2021 4-7 pm in the Minor Funeral Home, 237 Rt.7 South, Milton In lieu of a flowers please consider a donation to further either childrens' education by mailing a check in the child’s name to Minor Funeral Home, C/O Adam or Caroline Bilodeau, PO Box 113, Milton VT 05468 For those who wish, online condolences may be made to www.minorfh.com
To order memorial trees or send flowers to the family in memory of Adam Scott Bilodeau, Sr., please visit our flower store.