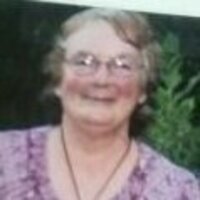 Milton - Sandra M. Julien, 65, died Sunday, November 27, 2016.
Sandy was born in Colchester, December 10, 1950, the daughter of Clement and Jane ( Frazier ) Julien-Cote.
She graduated from Rice High School and from Johnson State College with a degree in Phycology.
Sandy struggled most of her life with mental illness but it never took away her kindness and heart of gold. She will be greatly be missed by her extended family at the American Legion Post # 91. She also loved playing bingo and casino trips.
She is survived by her loving sister Veronica "Ronnie" LaBelle and husband Richard of Milton and her brother Richard Julien of R.I. and several nieces and nephews.
In addition to her parents, she was predeceased by her brother Jim who recently died on November 12, 2016 and her brother Michael who died in 1981.
In keeping with her wishes, she was cremated and will be buried with her brother Jim in St. Francis Cemetery in the spring. There will be no visiting hours or service at this time.

To order memorial trees or send flowers to the family in memory of Sandra Marie Julien, please visit our flower store.