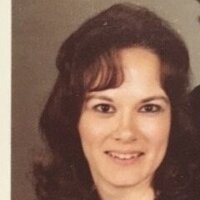 Born March 9th 1947 in Burlington, Vermont, the daughter of Hilda and Francis Young. She graduated from Essex High School in 1966.

Donna married David Tracy on July 25th 1970. In the early years Donna ran a small in home daycare and the later went on to help David with the insulating business.

Even though Donna and David didn't have any children of their own they did have a god daughter Krystal Sweetser and a grandson Hunter Sparks who were the light of her life. Donna owned many fur babies over the years most recently their beloved dog Buddy.

Donna passed away peacefully in her home July 8th with David & Krystal by her side.

As per Donna's wishes there will be no funeral services.


To order memorial trees or send flowers to the family in memory of Donna Maria Tracy, please visit our flower store.