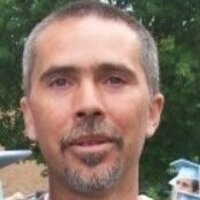 Milton - Robert William Giroux Jr., 52, died unexpectedly on Saturday January 7, 2017 at his home in Milton.
Bob was born on May 22, 1964 in Burlington, the son of Robert W. Giroux Sr. and Paulette ( Estus ) Giroux.
He graduated from Essex Junction High School in 1982 and worked for his father Bob Giroux Excavating until 1992 before working for Engineers Construction Inc.
He was a kind and caring man, with a polite manner which was noticed by everyone.
He loved his family with all of his heart and his daughters and grandchildren were the light of his life.
Bob also loved to hunt and fish.
He is survived by his daughters Desiree and Chelsea Giroux, both of Milton, by his grandchildren Juliana Webber and Bryson Boucher, his father Robert Giroux Sr. and his wife Alice of Westford, his mother Paulette Burbank & her husband Lincoln of Ormond Beach, FL, his brother Shawn Giroux of Westford and his sister Tracy Giroux and partner Michael Majarian of Milton as well as his blended siblings, Marie Fowler, Michelle Wescott, Rob Nolan, Jeremy, Ben, Alissa, Ryan & Sam Giroux, Allyson Wescott, Kianna, Kylee & Timeka Giroux, and Jaylee Wescott, all of Westford and by several uncles, aunts, and cousins.
Visiting hours will be held on Thursday, January 12, 2017 from 4-7 pm with prayers offered by Fr. Feltz at 6:45 pm in the Minor Funeral and Cremation Center in Milton.
Funeral Services will be held on Friday, January 13, 2017 at 2 pm in St. Ann Catholic Church in Milton. Burial will follow in the Milton Village Cemetery.

To order memorial trees or send flowers to the family in memory of Robert William Giroux Jr., please visit our flower store.